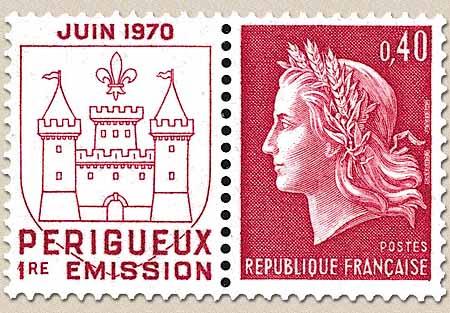 Founded over two thousand years ago, Périgueux, the préfecture or capital city of the Dordogne, is southwest of Limoges in historic Aquitaine. It is on one of the pilgramage routes of the Santiago de Compostela in France. The history of the city of Périgueux goes back to four Celtic tribes, collectively called the Petrucorii. They settled on the hills overlooking the river (l’Isle) until the Romans arrived and fortified the Valley nearby as part of the larger Civitas Petrocoriorum. In the 20th century, “Greater Périgueux” has developed encompassing neighboring villages, going beyond the loop of the river. Informations sur la Ville de Périgueux sur le site officiel de la Mairie de Périgueux: http://www.ville-perigueux.fr/ Périgueux, a cultural centre, offers many festivals, exhibitions and concerts especially during the Summer months. Périgueux has 39 classified historical sites and its two main museums are the traditional Musée de Perigord and the modern Musée de Vésunna. http://www.perigueux.co.uk/Perigueux-Roman-Past.aspx

The history of the cathedral church of Saint-Front, a World Heritage site in Périgueux has given rise to numerous discussions among archæologists. Félix de Verneihl claims that St-Front's was a copy of St. Mark's Basilica in Venice. On-the-other-hand, Quicherat, states that it was copied from the church of the Holy Apostles of Constantinople.  M. Brutails opines that even if the style of St-Front's suggests an imitation the Oriental, the construction methods differ altogether from the Byzantine. The dates 984-1047, have been often given for the construction of St-Front's, but he considers this too early. Brutails believes that the current church arose about 1120-1173, in imitation of a foreign monument by a local school of architects, which erected the other domed buildings in the south-west of France. It was radically altered in the 19th Century. The former cathedral is still standing, Cathédrale Saint-Étienne-de-la-Cité de Périgueux. The decorated caves over the hill in the nearby valley of the Vézère River (Les Eyzies) have been classified as a "World Heritage Site" by UNESCO. Located at the town Les Eyzies is the National Museum of Prehistory. http://www.tourisme-perigueux.fr/pagesEditos.asp?IDPAGE=75 -- http://www.periblog.fr/ -- http://www.guide-du-perigord.com/ -- http://www.perigueux-city.com/

The Cathedral of St-Front (named after the first Bishop of Périgueux) was built after 1120 AD and restored in the 19th century. The local architect, Paul Abadie (1812-1884), was responsible for radical changes to St-Front's which are no longer appreciated by architects or local residents who prefer the purer Romanesque church of Saint-Étienne de la Cité, the former Cathedral of Périgueux. The cathedral is part of the World Heritage Sites of the Routes of Santiago de Compostela in France. Périgueux is the only place in France to celebrate the feast of Charlemagne (28 Jan.). http://www.newadvent.org/cathen/11668a.htm -- St-Front Reference at Google Books

The page for the Limousin Region (north and east) is linked here. Some nearby places: La Roche-Chalais -- La Roche Chabrelle -- LA ROCHE-BEAULIEU (anciens et nouveaux élèves, photo de classe et trombinoscope). Another place north and east is Saint-Paul-la-Roche, in Occitan Sent Pau la Ròcha, which sits in the Regional Natural Parc Périgord Limousin. The commune's name is derived from Saint Paul and the hamlet La Roche less than a mile north, referring to the nearby white quartz rock (La Roche Blanche). This massive quartz outcrop has been completely quarried. This very pure, milky exsudation quartz was once sought after by NASA for optical devices (lenses etc.) -- résence anormale, à la surface d'un alliage ou d'une matière plastique, d'un de ses constituants. The nearby Château de Chalard is mentioned for the first time in the 11th century. Most of it was destroyed, however, during the Hundred Years War. The Romanesque village church of Saint-Paul-la-Roche dates to the 12th century. The Château de Montardy was built during the 15th century on a site occupied before by a Knights Templar stronghold. During the siege of the castle of Saint-Paul-la-Roche (Château de Chalard ?), Boson II, the 8th Viscount of Turenne, is killed. He was interred in Tulle (about 40 miles due east) on December 21, 1143.

Moving south and west from Périgueux is Bergerac. Bergerac remains the largest town in the Périgord Pourpre département, an area that derives its name from the purple grapes that grow in the region. The red, aromatic and generous wine of Bergerac is coming from a mixture of diverse grapes juice, the so-called noble grapes (Cabernet Sauvignon, Merlot) and more traditional grapes (Côt, Fer, Mérille). The rosé wine in Bergerac comes primarily from Cabernet. White Bergerac is dry and should be matured two years before tasting. http://www.terroir-france.com/region/southwest_bergerac.htm Contrary to popular belief, the 17th-century philosopher, dramatist and satirist, Hector Savinien de Cyrano de Bergerac only spent a few days of his life here.

The halfway point during the 18th stage of the 2012 Tour de France was Cahors. Cahors, the former capital of the distinctly southern Quercy region, is a part of France where people still speak Occitan (Provençal). The town of Cahors began life as a Gallic settlement before becoming a Roman town. It fell to the Moors, restored by Carolingian line, then off to the English by dowery. Finally French hands secured the area. Henri IV also captured Cahors in 1580 on his way to claim the throne, and spent a night at the Hotels des Roaldès. If we had been speaking of panache (and those of you who know history understand that we were -- Ralliez-vous à mon panache blanc) and great wine, there exists a little-appreciated area around Cahors of great panache. Local wine must be consumed when visiting. Cahors' vintage is made from the same Malbec grapes as the Gironde Blaye and Bourg wines; however, it is much darker and dryer, well worth more than a tasting. http://www.indigoguide.com/france/cahors.htm The Romanesque-style Cathédrale St-Étienne was consecrated in 1119. It sits in the middle of town and is one of the oldest in Périgord territory. The interior is quite similar to St-Front in Périgueux.

Malbec has become very popular thanks to some excellent examples from Argentina. However, the grape's roots lie in southwestern France's Cahors region. Traditionally, wines from Cahors were austere and required at least a few years of cellar aging, but the Vigouroux family have broken the tradition to create an early-drinking Malbec with wonderful fruit expression. "Gouleyant" means fresh and juicy, and this wine is certainly that with plentiful, ripe black fruit aromas and flavors. A blend of Malbec (80%) softened by the addition of Merlot (20%). http://www.winemessenger.com/wine/Domaine-Vigouroux-Gouleyant-Malbec-Cahors-2007 Cahors wines have been famous for centuries for their inky 'black' color for centuries, and they were once used to add depth to the lighter-colored wines from Bordeaux. This uniquely 'Cahors' characteristic is sometimes purposely emphasized in wineries, where heat is used to extract maximum pigment from the Malbec grapes. http://www.wine-searcher.com/regions-cahors/551

Originally a Gallic settlement, Agen was a crossroads in Roman times. It became the capital of the county of Agenois under the Carolingians. An episcopal see from the 10th Century, it passed (1154) to England with the rest of Aquitaine (formed the duchy of Aquitaine with Gascony in the 12th century.). It was reconquered in the Hundred Years War (1337–1453) and incorporated into the province of Guienne, an historical region and former province of southwest France, dating from the time of Henry IV (circa 1600) until the French Revolution. http://www.1911encyclopedia.org/Guienne

The 12th century Agen Cathedral, dedicated to Saint Caprasius, is one of the barest handful of large churches in France with a double nave. This curious and impractical plan may be a regional trait, since one of the others is the Church of the Jacobins in relatively nearby Toulouse. St. Caprais incorporates Romanesque and Gothic styles. The Saint Hilaire church ((15th cent.), dedicated to the theme of the Holy Trinity for which the Saint defended, is notable for its unusual statues in front of the Church - Moses on the right, and Saint Peter on the left. the Church of St. Jacobius (13th cent.) is known for its Gothic frescoes. Todays Fine Arts museum (Musée des Beaux Arts) contains artifacts, furniture and sculptures from the region's prehistoric times forwards. The painting galleries contain several hundred works, including several by Goya, and others by Bonnard and Seurat, as well as, a large number of works by artists who lived locally. http://www.ville-agen.fr/ -- http://www.frenchwayoflife.net/ (Canal du Midi)